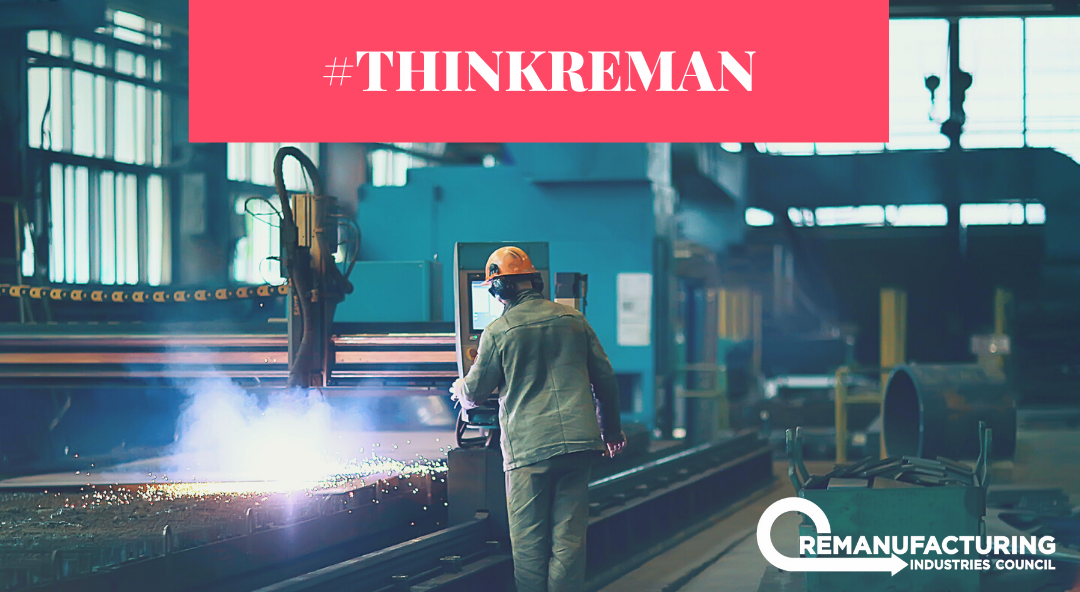 In order to support consistent growth in the industry, the Remanufacturing Industries Council (RIC) worked with a diverse consensus body to develop the first cross-industry remanufacturing process standard, RIC001.1-2016: Specifications for the Process of Remanufacturing. This standard has been approved by the American National Standards Institute (ANSI).

A Single Definition for Remanufacturing

Remanufacturing is a comprehensive and rigorous industrial process by which a previously sold, leased, used, worn, or non-functional product or part is returned to a “like-new” or “better-than-new” condition, from both a quality and performance perspective, through a controlled, reproducible and sustainable process.

The standard recognizes that certain industries use a different word like “rebuild” or “recondition” in order to meet strict government regulations. This can be seen in the medical industry where the term “refurbish” is used to describe bringing “a medical device to the OEM’s original specifications.” In these situations, conformance to the standard can still be met as long as the organization complies with the process defined in the standard.

Differentiating Reman from Other Manufacturing Processes

Equally as important as the definition, the standard establishes the specific characteristics that differentiate remanufacturing from original manufacturing or other manufacturing processes.

While some manufacturing processes include important environmentally friendly practices, remanufacturing is unique in the additional steps necessary to bring a used product or “core” to “like-new” or “better-than-new” condition.

A Reman Standard Benefits the Industry

The ANSI/RIC001.1-2016 provides a basis for mutual understanding, a benchmark of the process, and promotes continual improvement for the remanufacturing industry. For private sector businesses, academia, and government agencies the standard clearly and universally defines their remanufacturing processes. For the industry as a whole, it plays an important role in defining the industry and increasing both awareness and adoption of remanufactured products.